The Only Thing That Matters 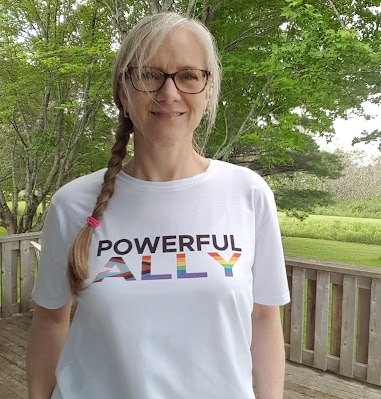 On Thursday, a person I follow on Twitter posted a video of the pastor of a fundamental independent Baptist church in Texas preaching. It's a short clip but disturbing.
Upsetting.
Frightening.
Horrifying.
Here's the transcription of what he said:
“What God says is the answer, the solution for the homosexual in 2022 is here in the New Testament, here in the Book of Romans: that they are worthy of death. These people should be put to death. Every single homosexual in our country should be charged with the crime, the abomination of homosexuality they have, they should be convicted in a lawful trial, they should be sentenced with death, they should be lined up against the wall and shot in the back of the head. That’s what God teaches. That’s what the Bible says. You don’t like it, you don’t like God’s word because that is what God says.”
No.
No.
NO.
Absolutely not. Never.
He's wrong.
It's wrong.
Not just morally, ethically and spiritually wrong.
It's theologically wrong.
It's wrong about God and the Bible.
I looked up the passage he's referring to, the passage most pastors refer to when they say these things, and this is what my annotated Bible says about the passage:
"The language of unnatural intercourse was more often used in Paul's day to denote not the orientation of sexual desire but its immoderate indulgence, which was believed to weaken the body." (The New Oxford Annotated Bible, NRSV).
This is why I stick to the words of Jesus and stay away from the rest of the Bible, which is misquoted, misinterpreted and misused far too often.
Jesus was clear: he wanted a new way of living, one that was guided by love --
love being
kindness and mercy and justice, compassion and tolerance and fairness, acceptance and welcome and inclusion.
Paul's writing, in particular, are taken out of context -- a context that is from the first century! He wrote for very particular audiences, and often had to watch what he said so the authorities didn't come after him (that they did jail him frequently suggests they still didn't like what he was saying regardless of how he curtailed it for the society to whom he was writing: Rome, Corinth, Ephesus, etc.)
As my annotated Bible also notes, "Paul's Jewish contemporaries criticized a range of sexual behaviours common in the Greco-Roman world..."
What I find most interesting, and most upsetting, and most hypocritical,
and most unforgivable,
is that when these pastors preach like this, or preach anything, I'm sure,
there is no mention of Jesus.
No "Jesus said" or "According to Jesus"
because, ahem,
Jesus never talked about homosexuality.
He was concerned with the poor, with the oppressed, the persecuted.
He was concerned with how we live and how we treat each other.
He didn't care about who you loved, just how.
And if. If you loved your neighbour.
Jesus would not wear a t-shirt with a gun on it.
He would wear the same kind of t-shirt as I'm wearing.
A t-shirt that says,
I see you, I support you, I love you.
No matter what, no matter who.
So don't be confused or convinced by these people
who spout off about what God says and what the Bible says.
They are wrong.
They are lying.
The only thing that matters is what Jesus said.
And he said
Love one another.
~ SJ